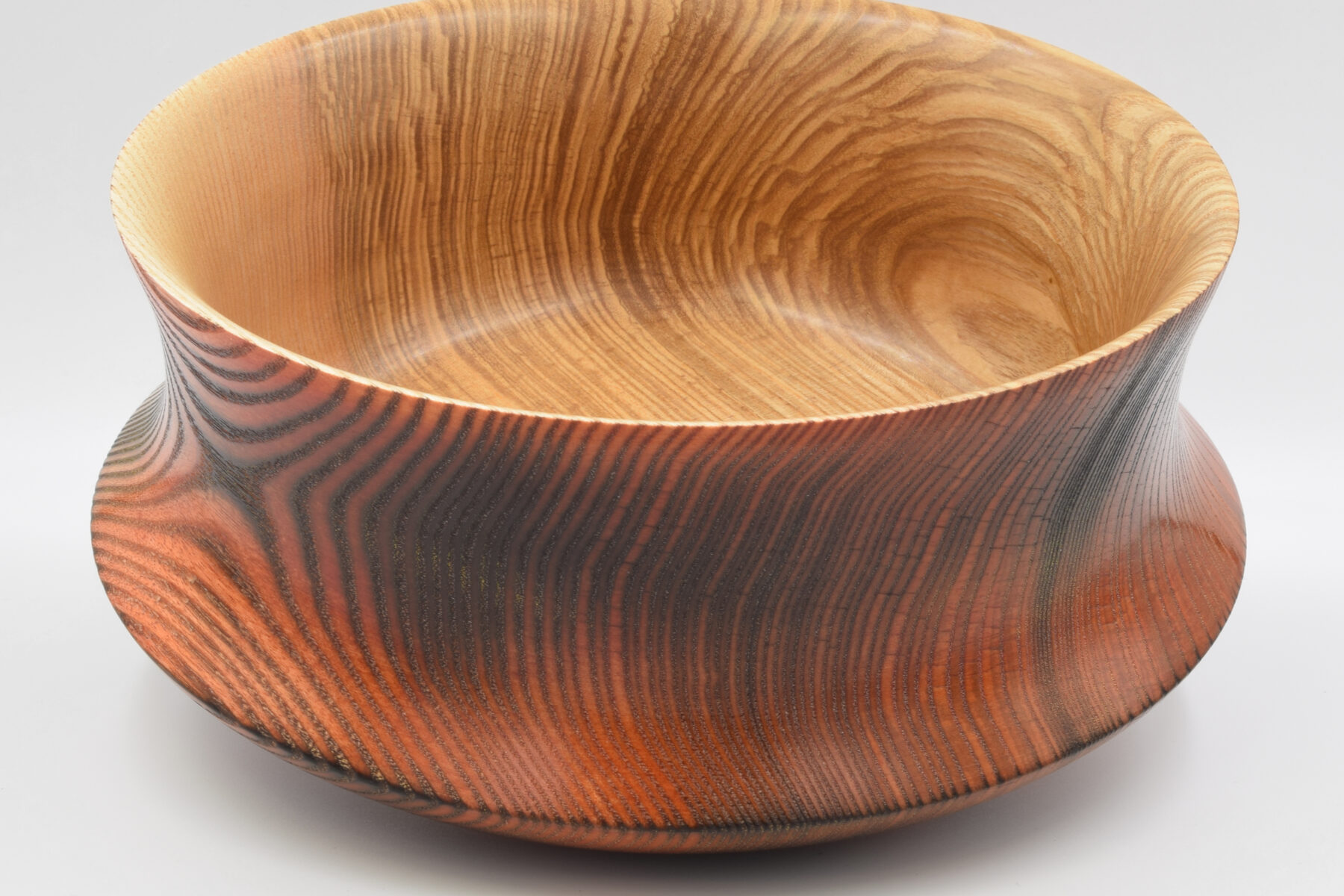 available to own now

I originally named this ‘the flaming chamber pot’ but T said that it wasn’t a good name and so it became ‘the flaming cauldron bowl’.

Made from UK-sourced Ash (Fraxinus Excelsior) and finished in Hampshire Sheen Intrinsic Colours stain and Chestnut Products Wood Wax it was treated to some flames before colouring to raise and texturise the grain.

This site uses Akismet to reduce spam. Learn how your comment data is processed.